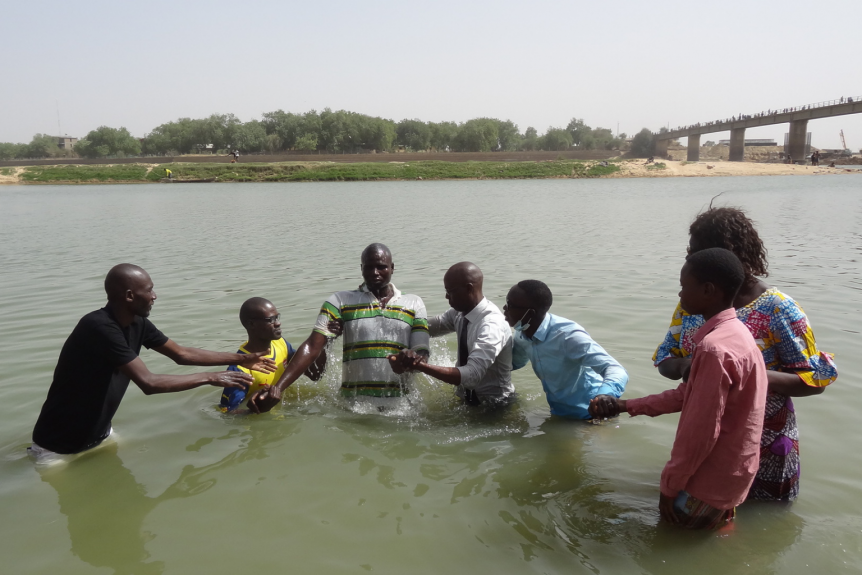 To say 2021 was another turbulent year for Chad is an understatement. Chad is a country that has experienced civil war for almost 24 years. One in three people (or 5.5 million) need humanitarian aid.  Of these, 2.7 million are children. Food insecurity and malnutrition affect 5.1 million, of which 401,000 are children under the age of five.

There are 406,673 internally displaced persons. Insecurity due to non-state armed group attacks, floods, and the search for humanitarian assistance, trigger regular displacements.

In April last year, the President (who had been in power for three decades) was killed in clashes with rebels a day after he was elected. This political fragility took place at the same time Chad was also fighting extreme Islamic militants spreading in the region. In Chad, soldiers are everywhere, and most of the time the roads are blocked by the military. People live in fear, not knowing what is going to happen next. The number of women and children kidnapped has been on the rise.

Floods and fires have been made thousands homeless, whilst the country also battled COVID and measles.

The problems are so large and so many that only an intervention from God can bring about a turnaround.

Amid the absolute chaos and oppressive fear, the Good News that only Jesus can bring is reaching out. Thousands of Chadian listeners say they experience peace and comfort when listening to FEBC’s broadcasts put together by pastors. Many have been connected to the church station manager Thomassin founded.

Just slightly over a year after the new Radio Shahada (le Radio au Coeur de N’djamena) was opened in northern Chad, 20 new believers were baptised in Lake Chad. They have received Christ Jesus and declared their new lives and new hope in Him!

In a country where Christians are facing increasing persecution, the choice to follow Jesus adds risks to already turbulent lives. Just recently a few new converts were attacked. It isn’t easy to birth disciples. Yet the Holy Spirit is pouring out. There is a new hunger.

“Pastor, I beg you to show me the way to meet Jesus. I’m so happy to listen to your programs, which are a source of strength for me. I want to continue to create awareness among young people so that they too can get to know God.

I was in pain, but then I suddenly got up. Thank God! Thank you, Radio Shahada. I am bedridden due to illness, but your programs are doing me a lot of good.”