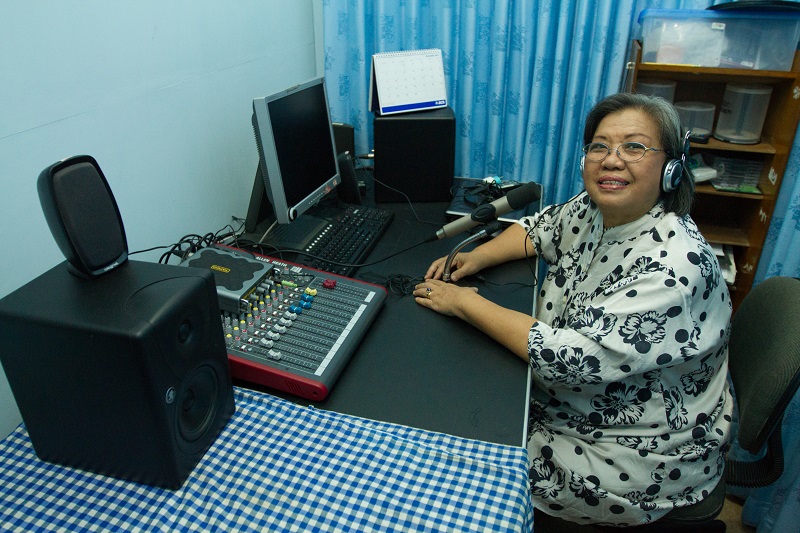 Indonesia is a huge archipelago with 35 provinces and 508 Districts. Currently FEBC Indonesia owns seven radio stations – and cannot cover all of the country. There still remain many to reach with the Good News of Christ Jesus.

In an innovative partnership approach, FEBC Indonesia has identified that there are many radio stations in district areas needing quality radio content – but lack the training, teams and financial resources to deliver it. With its new Project MORE, FEBC Indonesia is encouraging these radio stations to partner with the FEBC Heartline Radio Network in order to access Heartline’s quality content and establish financial efficiency and effectiveness.
“Our prayer is that we will be able to expand and share the Gospel nationwide so we can reach more listeners, whilst still achieving cost and time savings as compared to developing our own new radio stations,” said Jimriance Efraim, FEBC Indonesia radio network.

The target is to have a partnership with at least one local radio station per region, with already many stations signing up.

“We have been a long-term project supporter of FEBC Indonesia,” said Rev. Kevin Keegan, CEO, FEBC Australia. “But for FEBC to cover all of Indonesia, it would require 400 of our own radio stations. Building partnerships in this way is deliberately strategic and effective. Our intent is to have FEBC-Heartline radio programs airing in 17 additional provinces by the end of 2018.”

“We already get up to 100 listener responses each month from some of the initial radio stations to whom we are providing program content. Most of them share what they feeling after listening our programs, what they thought and learnt, they are asking for prayer, and ask questions to know more. Having on-the-ground listener group support is vital,” said Jimriance.