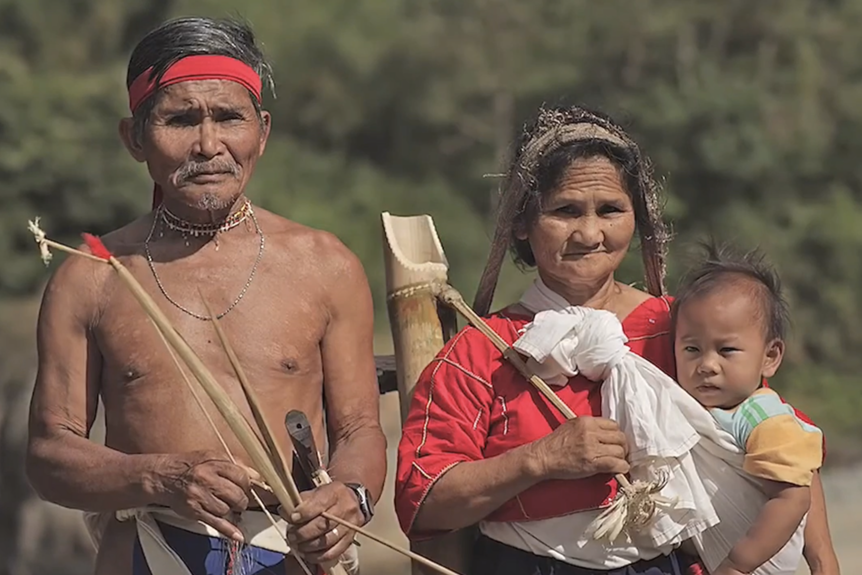 Christmas is the most important holiday in the predominantly Catholic Philippines. Celebrations actually start months before, as early as September (the Christmas ‘ber months)! For many, the favourite decoration is not the Christmas tree but the parol. The parol is a star lantern hung on doors. It symbolizes the star that guided the magi to Jesus on the night He was born.

Just like that star, for over 70 years FEBC Philippines has been guiding those who do not yet have a personal relationship with Jesus to the Messiah. This includes 14-17 million indigenous peoples spread amongst 110 people groups. Although many know how to speak a common language, having moved into cities, they remain closely connected to their heart languages and cultural roots.

Through 13 local radio stations broadcasting in 42 languages, FEBC makes the gospel culturally relevant for these often-overlooked ones.  On Palawan island, FEBC Philippines airs a devotional and cultural programme called “The Indigenous Voice” in the Palaoan and Tagbanua languages. These teach Christian principles and values aligned to the cultural practices. Over on the Western side of Mindanao island, Station 1116 AM DXAS Zamboanga reaches the Moro, Tausug, Yakan and Badjao Muslim ethnic groups.

For the Bugkalot, a minority group in the remote villages on the Sierra Madre Mountain, the programme “Gold in Sierra Madre” reminds them of their rich cultural heritage whilst sharing about Jesus. Once animist headhunters, many are now a part of God’s family.

Loving in practical ways in crisis

Apart from broadcasts, FEBC Philippines also bring their love of, and hope in Jesus to the people in very practical ways. Together with local churches, FEBC Philippines fed and provided relief aid to the Badjao people in Santiago City, Isabela (Luzon). Bibles were also distributed to local communities.

The FEBC First Response Radio teams distributed relief supplies with COVID kits to survivors of typhoons and earthquakes. Some 220 families who were still living in evacuation centres a year after a recent disaster received radios with LED lights and other supplies, as well as counselling and prayer. The children were given flip flops and treated to Bible stories and cheeseburgers, which they have not had for a year. For some Muslim radio talents struggling in the pandemic, FEBC gifted essential food supplies.

FEBC’s First Response Radio network is able to set up vital radio communication to areas affected by disasters within 72 hours.  The broadcasts provide critical information and comfort to those trapped in disaster zones, and give words of life and hope. During the pandemic, they also provide important medical and counselling support.

“The situation in our area during COVID was the worst. My family was badly affected during this strict lockdown in our area. Radio was the only source of information and comfort to us.”

“Thanks for sending me these informative booklets that have really helped me to take care of my family and me during this pandemic. Apart from all protective measures, I have learnt to trust in the Lord through your special programme series. Thank you for sharing the true love of God with us. God bless you all.”

From Headhunters to Children of God | FEBC Australia