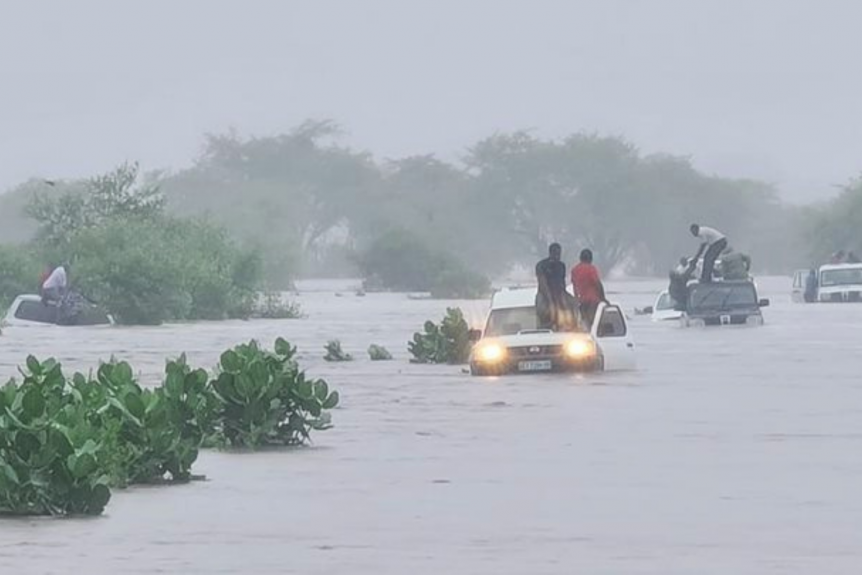 First it was Cyclone Idai in 2019. Then, before things were restored, Cyclone Eloise hit Mozambique. A year later in 2022, tropical Cyclone Ana. Then two months later in March of this year, tropical cyclone Gombe. This time 45,000 homes have been completely destroyed, 400,000 affected, many killed. All these whilst in the midst of battling COVID, and violent Jihadist terrorists. How much devastation and trauma can one bear?

Yet in the middle of all such crushing catastrophes, God is still in control. He is still turning things around for good for those who love Him and are called to His purpose. And He is working through FEBC Mozambique to do so.

Bright, the Director of FEBC Mozambique is actively bringing help to those in remote areas where aid agencies are not reaching. With no food, water, and shelter, God’s provision through the team has been critical. 160 bags of mealie meal (a staple in Mozambique), harvested from FEBC Mozambique’s own maize farm has been distributed. At each refugee centre for those internally displaced, there is a team from FEBC Mozambique to help refugees connect to the station with requests of their practical needs.

FEBC teams have been helping at refugee camps, and also distributing food to remote villages.

Radio FOT and Radio Chiuanjota continue to broadcast daily, comforting people in Portuguese, Nyanja, Macua, Yao, and Ngoni languages. Listeners in more than 12,000 listener clubs are uplifted past the momentary troubles to the eternal hope in Jesus.

Often, the team does these on empty stomachs! Steep price hikes for food have drastically shrunk the value of salaries. A full month’s salary is now only sufficient for a week’s worth of groceries. But with an unflinching focus on eternity, they persevere. Bright and the FEBC Mozambique team have the food they need — to do the will of Him who sent them and to accomplish His work. And God has been faithful. Calls from listeners have been flooding in, including those of different religious backgrounds, testifying of how they have been touched. How much good can God bring out of tragedies? A lot.

God in the Eye of the Storm | FEBC Australia