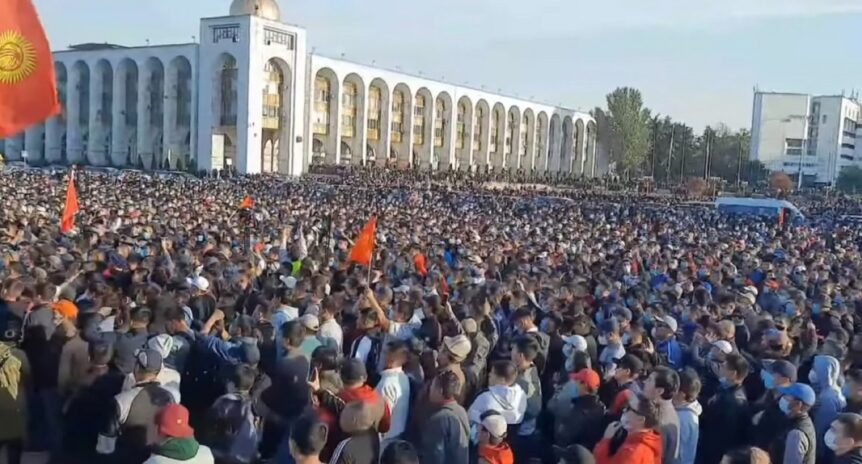 In early October, the political unrest in Kyrgyzstan escalated. Our FEBC Eurasia leader Rudi Wiens shares an update and requests continued prayer. “Things have been quite explosive since the parliament elections on October 5. We have had another coup, the third so far. Corruption is common, however the people have become even more agitated with the situation and violent protests have continued. Sadly, many people have been injured during this time and the country was without power. Whilst we do not attempt to take political sides, as a non-government media ministry we are doing our best to pass on information through our programs on where to get medical help and other needed services. We also provide words of hope and life. We welcome prayers, wisdom and eventual peace and stability for the nation of Kyrgyzstan.” Also taking advantage of the situation were some extreme Islamists who began to seize and take away the property of Christians. In one region a Christian Children’s camp site was targeted to sacrifice a ram in front of the children. Please pray for the FEBC team there, and for the local churches and other missions. Pray also for the safety and protection of the people of Kyrgyzstan and for peace to reign in this region.