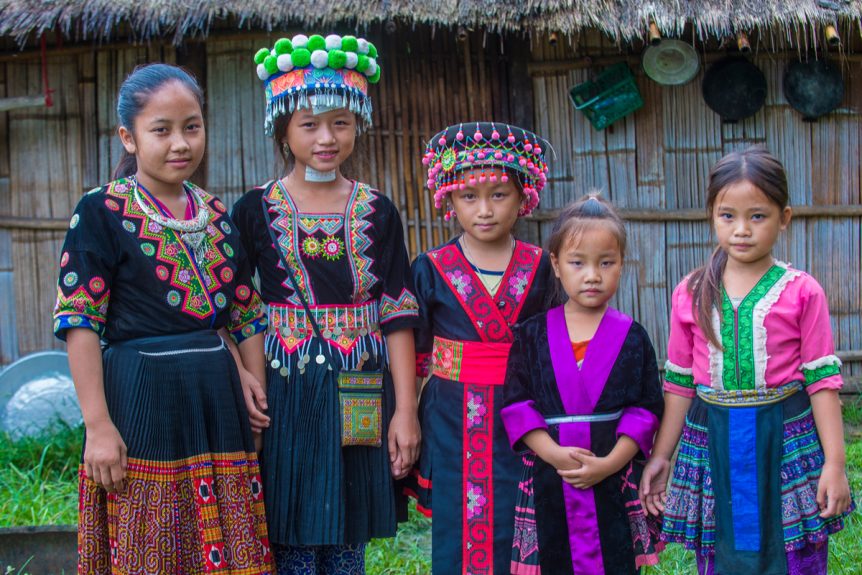 Without their own country, the Hmong, like many other ethnic minority groups, are living difficult lives, often without a home.

But with your partnership, FEBC is bringing hope to the unreached, persecuted and marginalised people groups living in remote highland locations. As FEBC shortwave and mobile app programs go out, may many more hear the good news in their heart language and find light and life in Christ.

*Pekar was only starting to walk when she was sold into a new family. However, her new mother soon divorced for another man and left. Pekar lives alone with her new father in abject poverty.

Income is sporadic and scarce. Sometimes the sale of wild caught squirrels and birds fetches 100 kip (a few cents). If the farmers will hire 13-year old Pekar, she receives 60,000 kip (less than AUD 10) per day for hard labour.

The two often go without food for days, sometimes weeks. Most days Pekar will just have a small packet of noodles for the entire day so she can keep the rice for her father.

School is now a financial impossibility. And their landlord wants them out.

Hard pressed and with no hope in sight, Pekar contemplated suicide. Just when Pekar came to the point of utter despair, she heard FEBC’s Hmong radio broadcast. Like sunshine beaming into a valley of dark hopelessness, the broadcast spoke about Jesus in her heart Hmong language.

“I got to know about Friendship radio station and listened. If I hadn’t heard from this FEBC Hmong radio, I would have already committed suicide.

I’m so thankful that through this FEBC Hmong radio, I also came to know *Pastor T. The broadcasts really encourage me to stay closer to the Lord. Till today, I still listen to this station every night and morning. This is why I’m still alive now.”

*Names have been amended to safeguard the identities of those mentioned.

This is why I’m alive | FEBC Australia