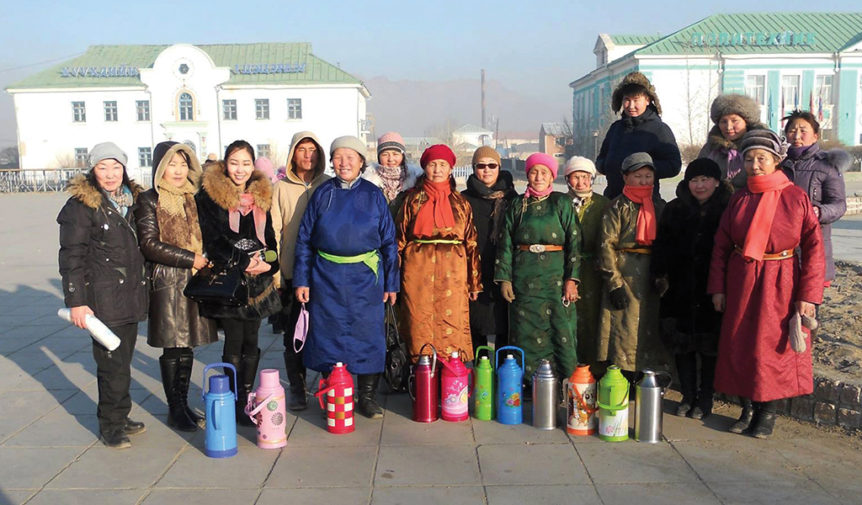 When you see someone who is cold it’s natural to want to help warm them up.
FEBC Mongolia sought to do just that amid Christmas temperatures of -33°. Yet Mongolia’s Christians know that the cold in people’s lives is not just relate to the weather.

“From mid-November, WIND FM invited contributions from listeners and companies wanting to bless families through gifts handed out in the streets and at Christmas pageants held in three cities. More than 100 listener groups responded with new warm clothes for children aged 7-16, food supplies and 20 truckloads of coal.”

Total contributions were worth 8 million tugrik/ USD $4,000 but the value of warming the hearts and homes of Mongolian families is immeasurable.

A listening audience of 1.5 million tuned into 20 radio stations (secular and FEBC-run) and heard the Meaning of Christmas message and drama. “These were wonderful ways to show love and mercy. Praise God, we also were able to share Christs’s love and mercy with many, giving Bibles and radios which will continue to shed warmth in the years to come,” said Batjargal.

Kevin Keegan, National Director of FEBC Australia said, “Generous financial support from our supporters was not simply used for direct funding of donations but enabled programs and initiatives which allowed many other to give as well. This is the way the body of Christ operates. We feel the privilege of being part of it.”

With FEBC Mongolia and partners around the world, we will continue to watch the warming of frozen hearts as people encounter the source of all light and life in Christ.