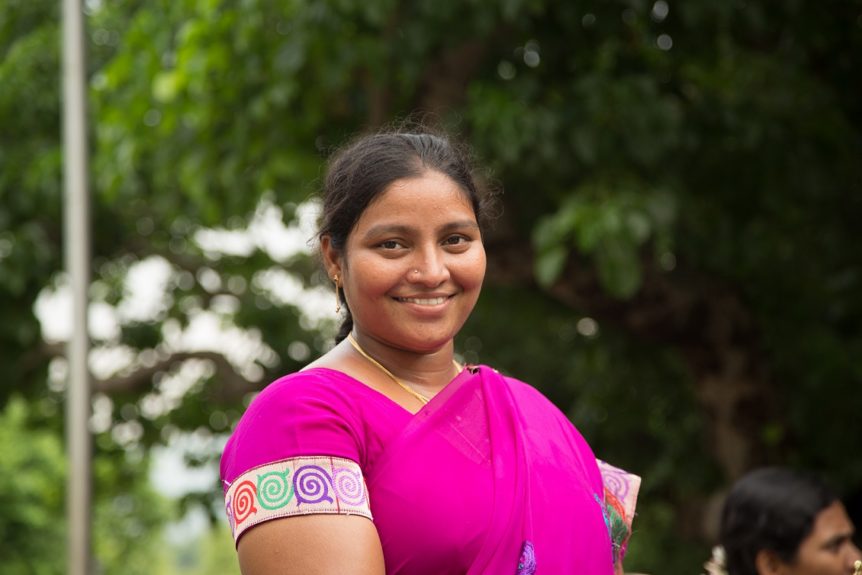 Saanvi’s* story was one that really moved me.

A year after Saanvi was married this young couple proudly welcomed their eldest daughter. Then Saanvi fell pregnant again and her mother in-law’s attitude towards her changed. Concerned the baby was another girl she insisted on a gender test for the baby. Saanvi refused, knowing if it was a girl, there would be pressure to abort.

Her second child was also a beautiful baby girl.

Instead of rejoicing, her in-laws subjected Saanvi to horrific abuse. Her newborn was thrown on the floor in a fit of rage, narrowly escaping serious harm. Saanvi was beaten and ridiculed by her family, including her husband. Saanvi knew she needed to escape - her daughters were in danger.

“I asked myself, why is there so much discrimination in our society? And then I heard a radio program on women’s empowerment, and the value of a woman.”

Saanvi was with a large group of women, listening to a radio gifted to one of them. She heard a story of from elderly woman that was much like her own and it spoke to her deeply.

“Her story was similar to mine. She too had endured tremendous suffering. Yet now she was set free and offering hope to others. But she was elderly, and I young, with a voice. How could I remain silent? I decided to do something.”

Motivated by the radio programs she heard Saanvi began to reach out to women in similar need. “I used all I had learnt through FEBC radio programs and began to help people.”

Over the years, Saanvi has supported hundreds of women in crisis helping them to acquire skills, education and employment - enabling them to become independent and know God’s love is real.

“The radio programs are a platform where women can speak and be heard. We give them the opportunity to reach out and begin to heal the brokenness they have endured. We are seeing many women being empowered and transformed - escaping the traumas of domestic violence and slavery. They are learning to raise their voices, because they now understand their worth and a love and hope that never disappoints.” – FEBC Producer.