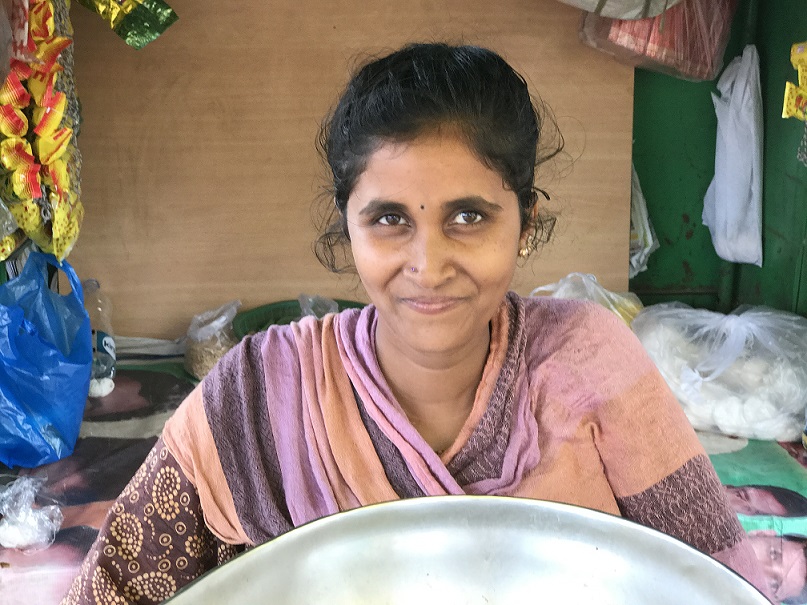 Tasleema’s* story was one that moved me, knowing that it speaks for thousands of women just like her.

A young woman living in a small rural village in India, Tasleema is a wife and a mother who loves to write stories and songs. When she married, she expected her husband to treat her with dignity and respect, but instead each day she would suffer horrific abuse by her husband and in-laws.

“He started torturing me for money - and then he began demanding money from my father.”

As the years went on, the abuse increased. Believing and hoping once her children matured they would realise and intervene, even they abandoned her - idolising their father, laughing at her and turning their back. Tasleema was given food, but little else. “I would go to my mother for help, but 11 months ago, she died.”

One day while listening to the radio, Tasleema heard something that changed her life. She could relate, she connected and she felt understood for the first time.

“I was so touched by the story because I felt connected with my own problems and I wept bitterly.”

She heard a story like her own, of a lady who had been a victim of severe domestic violence in her home. FEBC broadcasts on many issues to support women in India through the Protyasha program. Protyasha translated means hope beyond all imagination. “Protyasha changed my life. I fell in love with it and listened regularly. It has filled my heart with comfort and joy.” Despite the ridicule from her family, Tasleema not only found the strength to overcome and access the support she needed, she in turn became a support to other women.

“What I heard and learnt through FEBC inspired me to write articles and radio scripts on such issues to help others. I hope and pray that, through my efforts, my voice will reach out and touch many in need.”

Today, her programs are changing the lives of others as she uses her gifts in ways she could never have imagined. And God is calling us to use our gifts in similar ways to reach broken lives with the good news. We give thanks to God for her story, but there is much more work to do.

Tasleema is choosing to make a difference. Will you?

With your help, FEBC can continue to change lives.

A donation today will: