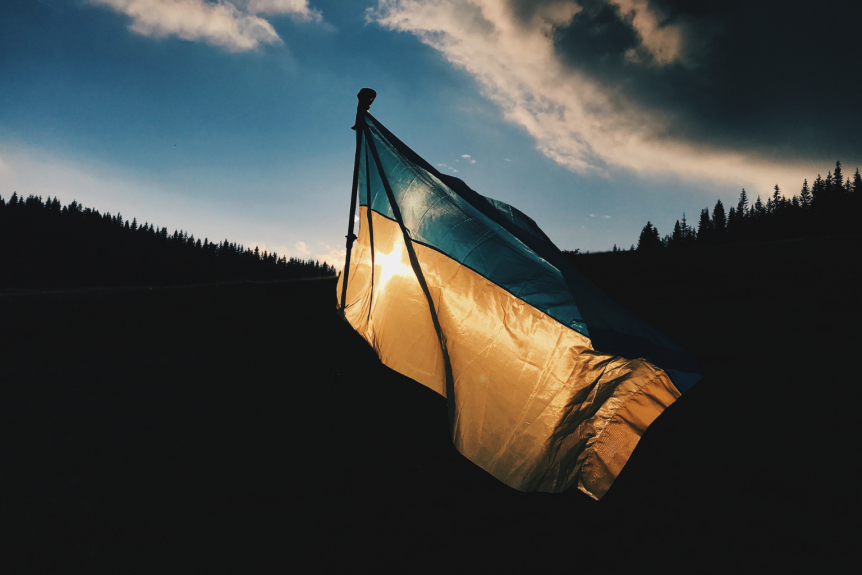 Hearing the testimonies of new believers is always a welcome sound, and in Ukraine, there has been an outpouring of stories from listeners around the country who have found freedom through personal encounters with the truth of the Gospel message.

As the second-largest country in Europe, the former Soviet Union member has had its share of struggles. It is landlocked by larger countries and has experienced political conflict over the past several years, which has been escalating across the border.

However, team members in FEBC Ukraine remain resilient in their efforts to share the truth of God’s Word with their fellow countrymen and women. As recently as last September, FEBC Eurasia was able to launch the New Evangelism Centre in Kyiv, providing access to professional counsellors to connect with listeners in regard to a range of spiritual conversations about abuse, suicide, strife, and personal tragedies. 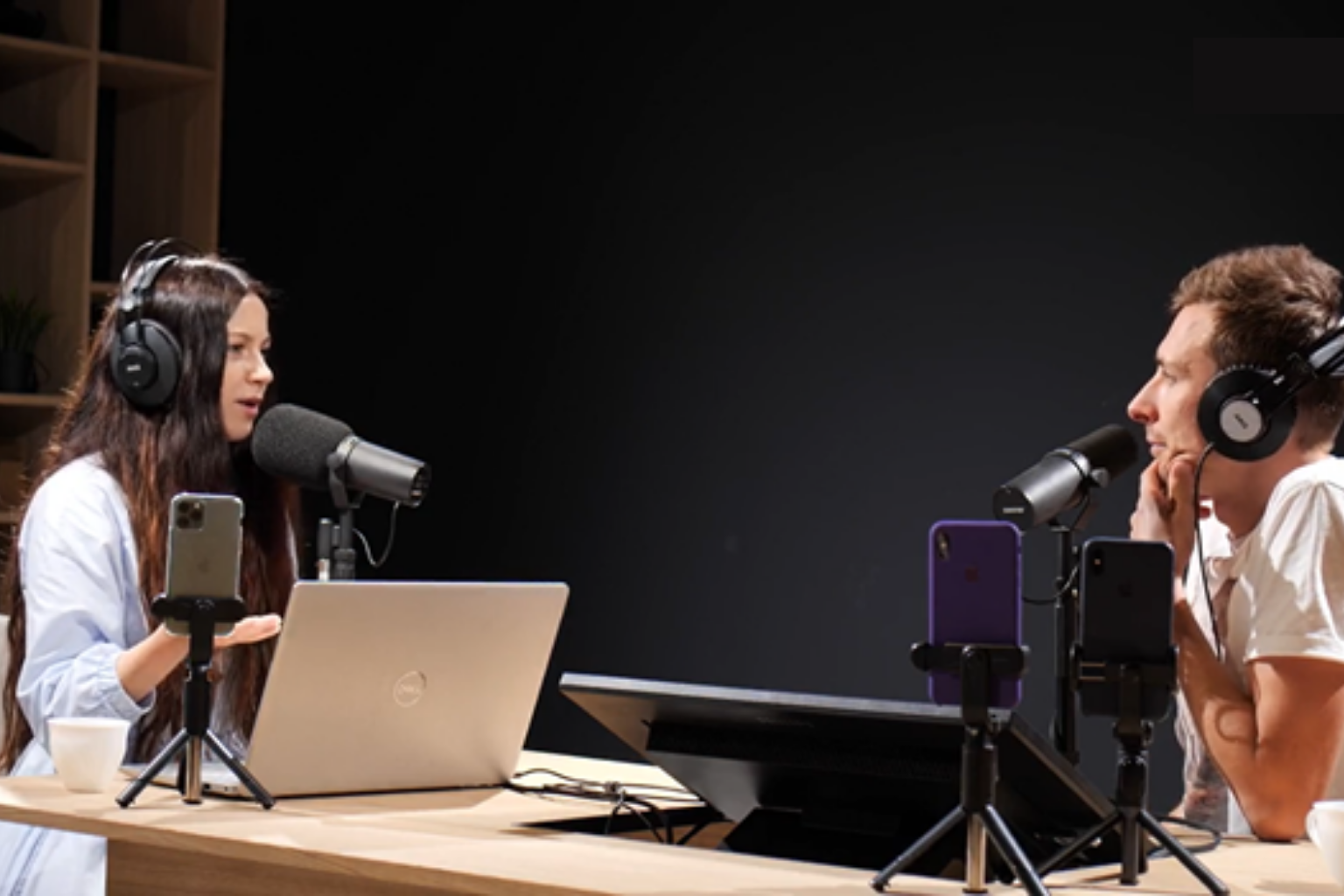 Irina, one of the FEBC Eurasia workers based in Kyiv, shared recently that, “One of our listeners wrote to us that she was going through a really difficult period in her life; she had gone through a divorce, and her adult daughter had attempted to commit suicide. But every morning, she gets up early at 8 am to listen to FEBC, and the words of the program help her to live and go on, and to believe that God will help her, that God is with her, and He goes with her through all the challenges of life”.

There are many families suffering as a result of war. They are physically and emotionally challenged. Emerging from an Atheist communist regime means there is no rest to be found in a God that is non-existent. Yet the work of FEBC Eurasia continues through a community program known as “Wounded by the War”, which involves taking relief packages and supplies to households affected by the war in Ukraine.

One lady, in particular, Julia, relates her experience of meeting local FEBC workers who had come to visit her. She says, “At first, I was wary of them, this group of smiling people bringing me food and religious books. But I accepted their help – I had three kids that needed to be fed, after all. The next Sunday, I got my kids together and we went to church. I’m still not sure how it happened, but the next thing I knew, I was walking forward to accept Jesus and was asking him to come into my life and into my family, and I truly meant it”.

Many experience post-war trauma and struggle to survive in regional areas, where many are engulfed in isolation and loneliness. In Eastern Ukraine, most suffer from unemployment and economic deprivation. The air is stale with a lack of hope and the feeling of abandonment. This especially applies to women, who often deal silently with pain, anger, and unresolved familial issues. FEBC Eurasia has been able to respond by bringing the message of freedom and hope to those who desperately need to hear it, through a special project where well-trained Christian counsellors work personally with women, helping them to share their stories through a series of radio programs.

One of the broadcasters based in Ukraine shared, “We recently had a call from one of our listeners. Her name is Svitlana. Her husband was cheating on her, and thereafter, she became sick. She then called us and asked us, ‘What should I do? Where is God in my situation?’ We spoke to her, prayed with her. We told her God loves her. We explained to her what her responsibility is and how God’s guidance is available for her. We then prayed the prayer of salvation with her, and she accepted Jesus Christ as her Lord and Saviour”. 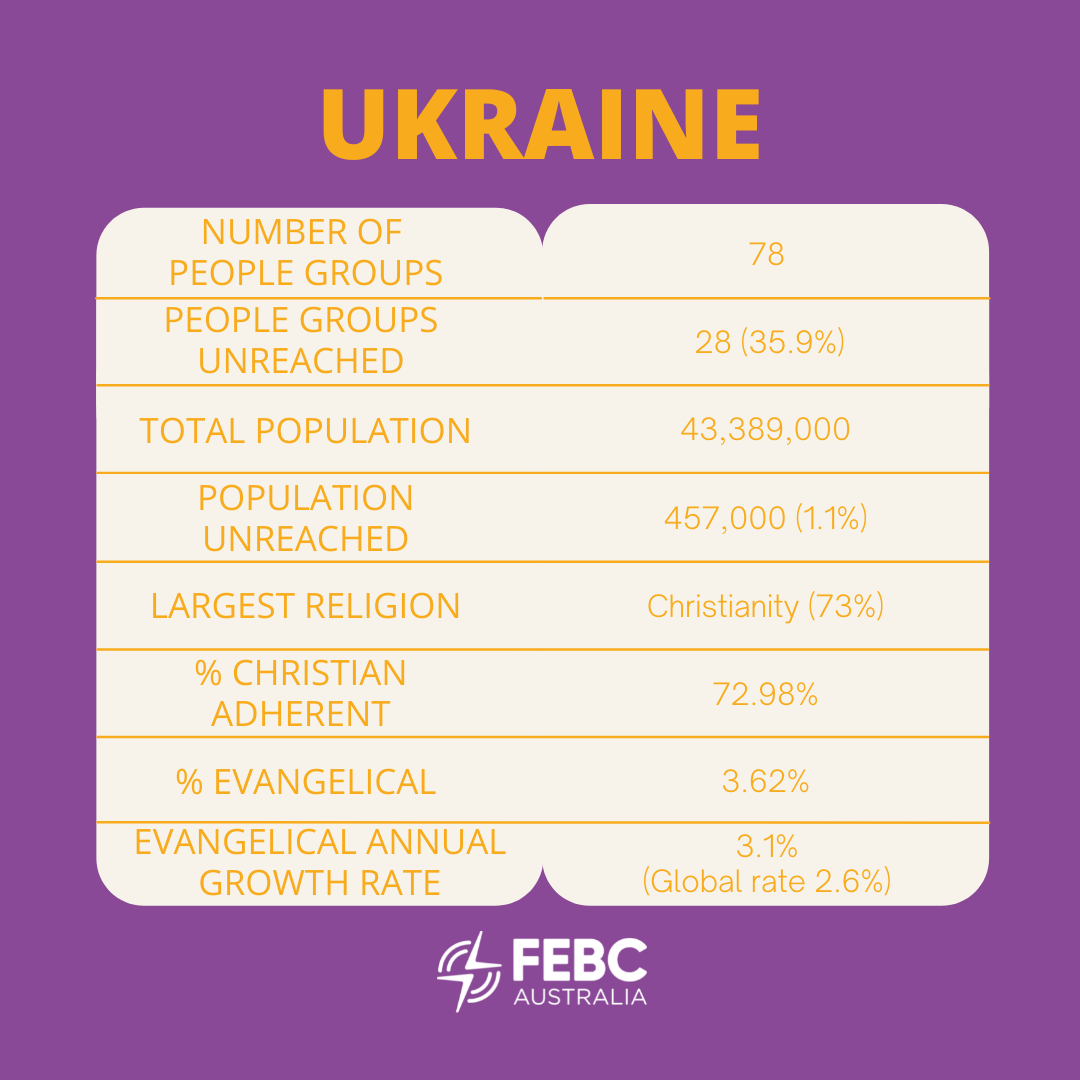 Stories from the Field

Since the Ukraine war started, the Kyiv Evangelism Centre is no longer used. As of 5 April 2022, five of the seven stations are still broadcasting. Our counsellors are still taking calls almost 24/7. Hosts are sharing through the radio, on social media all over Ukraine. One has chosen to stay in Kyiv, the epic centre of the war, to minister to people. Another is stationed at the train station to welcome and minister to those arriving from their flight to safety. Staff are also feeding the needy, housing others and transporting people to safety. All are committed to sharing the Gospel despite real risks to personal safety. Praise God many are open and coming to His saving grace!