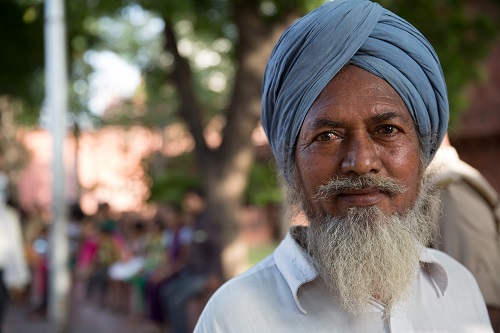 Gives thanks for the blessing of radio’s life-changing impact on girls!

1. Mohammaed Akbar from Gazipur is a regular listener. He lives in a community where early child marriage is practised. When he heard our programme on child abuse and child marriage including a doctor’s advice, he rang FEBC India immediately.

He wanted to know more. Our team explained him about physical harm to a minor and also from the perspective of Indian law. Our team counselled him and motivated him to discourage marriage of any girl who is under 18. We encouraged him to protest if he sees any minor girl getting married.

He has done exactly what we have told him. He, along with some of his friends, recently stopped a minor girl from getting married.

2. Mr.Subir Chakraborty lives in Cooch Behar, West Bengal. He has a small tea shop that supports his livelihood. He has two daughters. One daughter is from the first marriage and the other one is from the second marriage.

Earlier he was of the mindset that at least one son would have been good to have instead of having two daughters. After listening to our programs on gender equality, he was touched and changed his views. He decided that he will no more regret that he doesn’t have a son. He is one of our regular listeners and now he also encourages others to listen to our program Narimon.