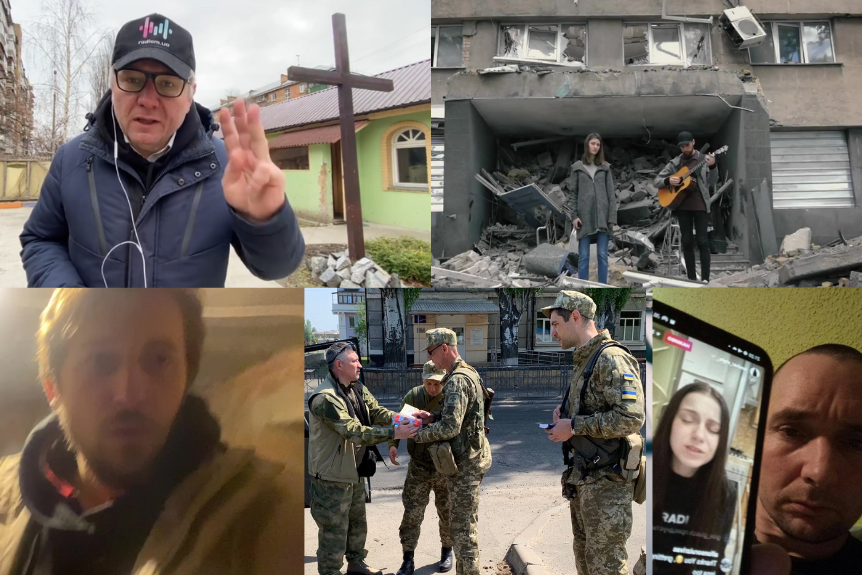 In the days ensuing, the reports from FEBC staff kept coming, even as staff were on the run. Some chose to stay in the epicentre of the war to minister. They would continue to broadcast about the love of Jesus, His Word and His protection.

Weeks, months, and now a year on, the broadcasts never stopped. Neither has the war. 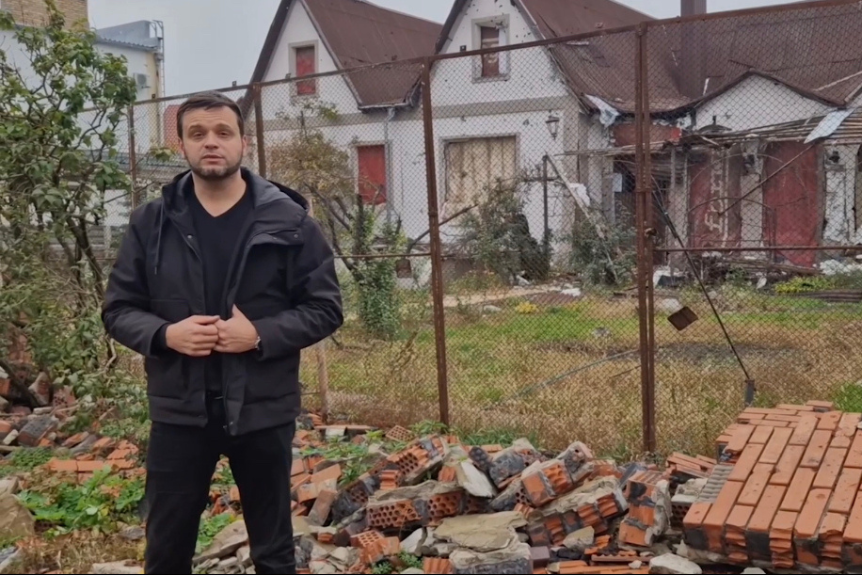 Through the war and despite real risks, broadcasts and outreaches from the FEBC Ukraine team never stopped but only intensified.

Prayer intensified; Inna led more prayer on social media daily. “We pray and people accept Jesus as Lord and Saviour,” Inna shared. Her own brother came to faith through listening to her!

The ministry expanded onto the streets. Despite risks, Pastor Sergey distributed food, ministering God's love and promises to the traumatised. Igor waited at train stations, sharing hope to thousands fleeing to shelter and safety. 50,000 prayer books were distributed to the public. Audio Bibles were given to soldiers, many of them listening from the trenches. 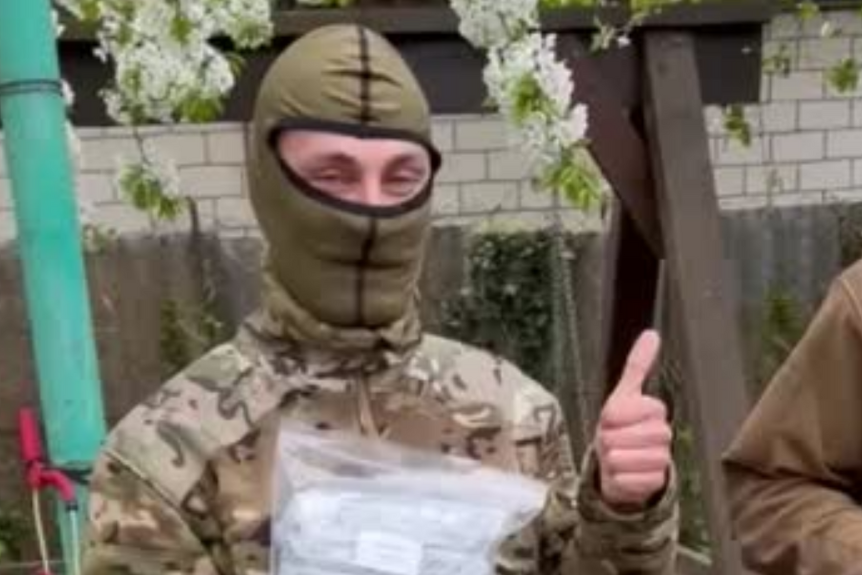 Counselling increased; the team received four times the number of calls they would normally do – 4,000 received Christian counselling, per month.

Three new stations were birthed! Before the war, most Ukrainians were cultural Christians who didn’t know about the Bible. Now, through FM radio, social media, and on ground ministry, one in four Ukrainians has heard the Good News of Jesus Christ through FEBC. 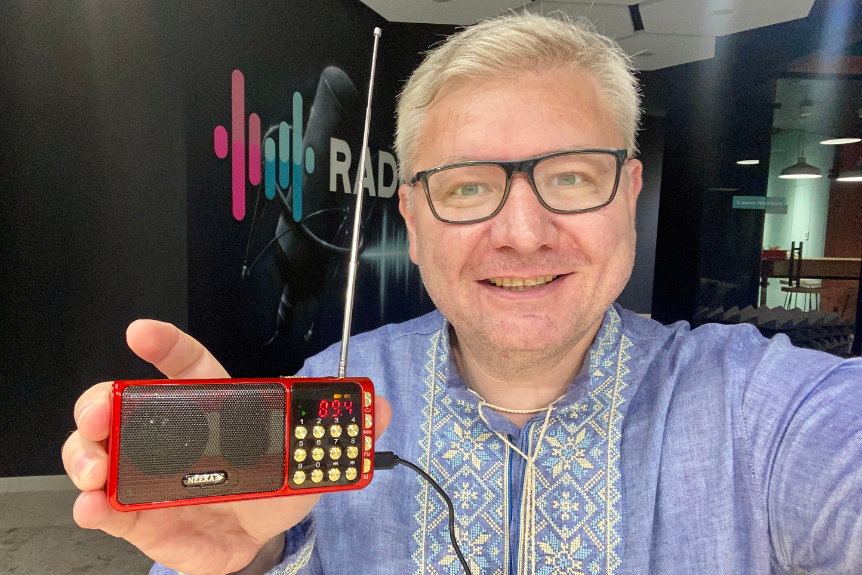 A new radio station in Kyiv started during the war. The team had prayed for this station for years. Kyiv is widely believed to be where Orthodox Christianity spread to Eastern Europe and Russia.

Out of the fiery furnace of war, revival has begun. The Lord added to the number daily those who were being saved.

“People feel the supernatural power of God’s Word to give hope, consolation, motivation,” Pastor Sergey shared. Videographer Dima described how some refugees placed their hope in Jesus when he continued running the service for them, despite a nearby bombing. Thousands have found peace in Jesus through the radio programs. 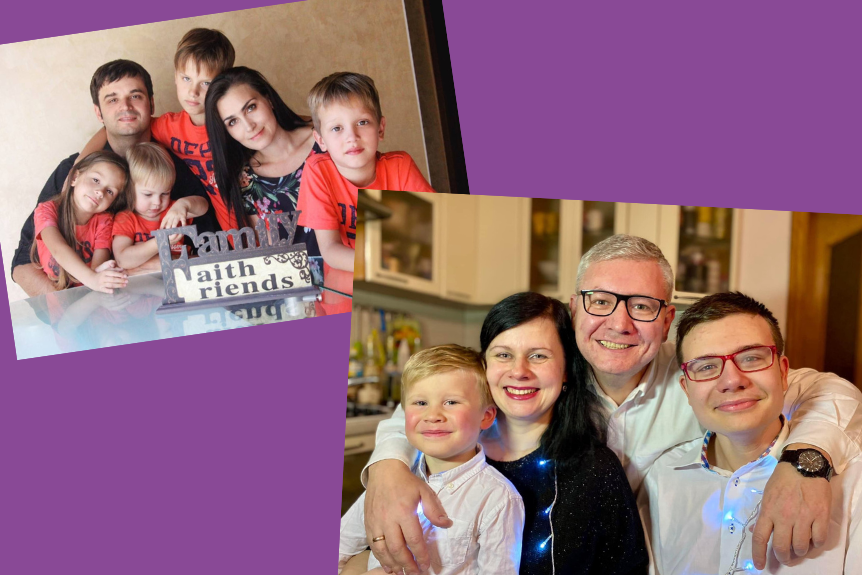 Pastor Sergey and Eduard are still separated from their families.

A year on, it has not been any easier. The threats are still very real and the pain fresh. “Everyone on the team has lost somebody,” Director Eduard shares. Himself and Pastor Sergey are still separated from their children and wives, who are in safe locations. To joyfully provide hope and build up faith amid such tragedy doesn’t get any easier.

“We are tired, but at the same time we can see millions of people who receive Jesus as their Saviour... We do not have electricity and light, but we have the light of Jesus Christ, and we should be shining more and more in these dark times,” Igor shares. "This is the essence of our work,” Pastor Sergey declares joyously.

Click here to listen to Pastor Sergey on Vision Christian Media's 20Twenty on Wednesday, 25 January, 2023 at 10am (AEST).

Revival in the Fiery Furnace of War | FEBC Australia