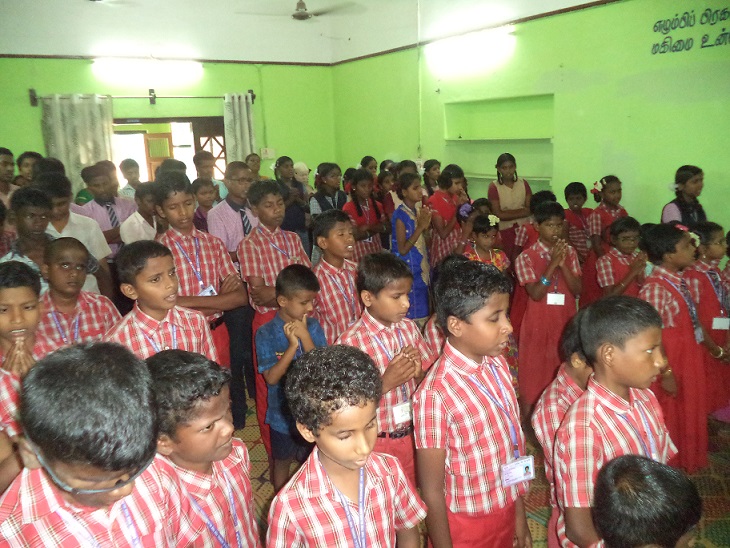 A gathering for the visually impaired was held at the IELC School, Bargur, Tamilnadu in partnership with Youth for Christ and school authorities. The school Principal Mr Babu and his parents were regular listeners of FEBC radio programs which were an immense blessing during his childhood.

80 students all with varying vision impairments attended the meeting. The team motivated and encouraged the students and shared a wonderful message from the life of Samuel where God used him at a very young age and gave victory to those who obeyed Him wholeheartedly. The children and staff were spiritually moved and motivated by the Word shared. The students were introduced to the Speaker Boxes and told how they impact so many lives. The students were then led into a time of worship, prayer and re-dedicating their lives to God. They were all excited to learn of the speaker boxes and how they could use it. Five Speaker Boxes were gifted to the school which has special content produced especially for the visually impaired audiences.