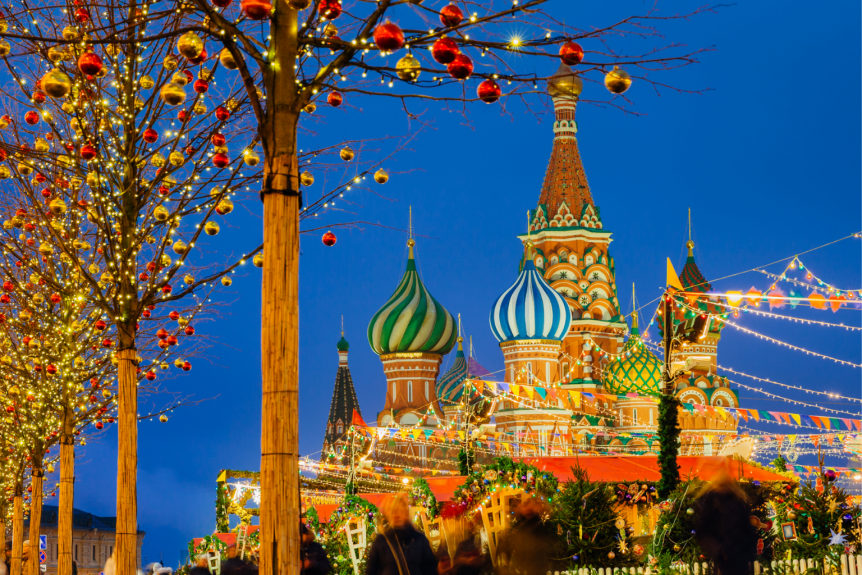 In Russia, Christmas is celebrated from December to January 7th, but as a feel-good, traditional holiday. Very few Russians ever opened the Bible. The bitterly cold Russian winter is a stark reflection of hearts grown deadly cold in the nation. Alcoholism is a problem, exacerbated during the COVID lockdowns. The consequence – Russia is facing two other epidemics. The nation has the highest number of underage suicides in Europe, and the number of social orphans (children abandoned by their parents) is higher today than it was after World War II.

Less than two percent of the nation identify as evangelical Christians. Russia is becoming more and more authoritarian, as political and religious freedoms diminish rapidly.

Still, FEBC Russia has been warming hearts with the news of God’s love and purpose for their lives since the late 1940s.

Today, apart from radio broadcasts, FEBC has been reaching out using social media, touching millions of listeners and inspiring many to follow Jesus.

Families are being restored through radio and online dialogues. Dozens of teens have shared with Eugene, one of our presenters, that they were persuaded not to take their lives after hearing about the hope of Christ. One 19-year-old listener named Andrey said,

“My thinking changed dramatically when I began listening to these (Christian) programmes. But the real transformation in my life happened when I came in contact with believers, and eventually joined my church.”

Thousands have come to know Jesus and the eternal hope and life found in Christ, especially during the pandemic. An emergency doctor who had to face life and death decisions daily was one such listener.

“I cannot tell you how helpful your broadcasts are for me personally, and for the crew – the driver and two paramedics. None of us were religious. We were ‘normal’, like everyone else, not militant atheists, but never really paying attention to the question of God. Let me tell you, we are not like everyone else now. Because of your programmes, we know that Jesus cares for us and that He is involved in our lives. I am praying to Jesus every day. And I know our team members are very, very blessed by your programmes.”

Your partnership brings the message of hope in Jesus to places where it's most needed, and where it is challenging to get to physically. Give someone this message of hope.

Warming Hearts with the Hope of Jesus | FEBC Australia