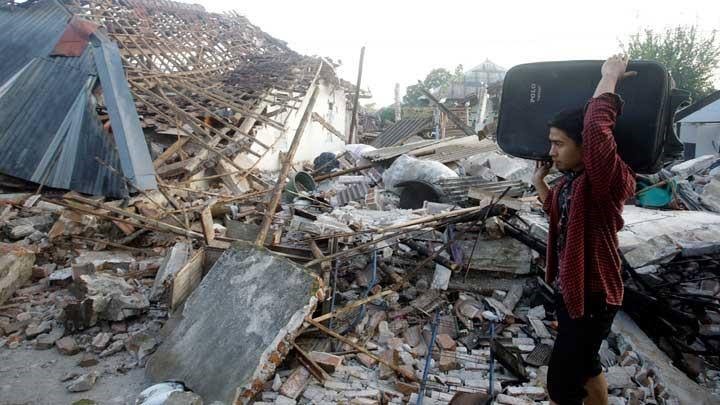 In September, a 7.4 magnitude earthquake hit the island of Sulawesi causing a tsunami and around 170 aftershocks. With more than a thousand dead and tens of thousands displaced, it was the most devastating natural disaster to hit Indonesia since the earthquake that triggered the Boxing Day tsunami in 2004.

FEBC moved quickly to try and get a first-response radio team in to provide emergency programming for survivors. Efforts were severely hampered by lack of fuel, electricity, airport closures and damaged infrastructure.

“Having FEBC’s trained first response teams and emergency resources in place quickly is vital. Radio is aid, the same as shelter, food, water or medical personnel. This may sound odd to some, but radio plays a vital role because people need to find out what is happening quickly and where to go to access support,” said FEBC Australia’s National Director, Rev. Kevin Keegan.

FEBC’s trained teams bring in a portable studio in a suitcase, an antenna along with a mixer, small laptop and transformer, and provide expertise on the type of messaging needed in emergency situations – including offering words of hope and life.

For Sulawesi, as our trained first response teams mobilised, FEBC in Jakarta also communicated with a group of dedicated businessmen in Palu and the staff of Perkantas/IFES (International Fellowship of Evangelical Students) to distribute wind-up and solar radio receivers so those displaced by the disaster could tune into the programs being broadcast.

“Radio gets these vital messages out faster and further. Not only are effective communications vital in the immediate aftermath of a disaster, but also in the weeks and months that follow as clean-up and reparation take place.

“People need reassurance that it’s not the end of the world. In these devastating situations, they need to be aware of what resources are available, when services will continue. Even being able to have some normal broadcasting in the evening, playing some music, just something that brings back normality in a critical situation is important because when the power goes down an empty void of anxiety builds in people,” said Rev. Keegan.

It is these programs from FEBC that bring hope and continue to have an impact in the weeks and months after a disaster has struck.

After the Tabloban Typhoon Haiyan in the Philippines that killed countless thousands our first response team were highly praised. I will always remember listeners telling us in the months afterwards that while other agencies brought vital aid, we brought hope amidst disaster and to them that was just as important in achieving long-term resilience and rebuilding their communities.”

Please pray for our FEBC teams:
– For wisdom and resilience in determining what we need to do to best help during the clean-up and rebuilding.
– For emotional protection and safety – our teams are witnessing much devastation and loss. Let God’s peace protect their hearts in Christ Jesus.
– Praise God for FEBC’s opportunity to expand our broadcast reach in Indonesia so we can continue to offer hope and vital support.

FEBC Australia appreciates the monetary gifts offered during the emergency. If you would like to support FEBC’s ongoing programming during the rebuilding and recovery phase in Sulawesi, please call 1300 720 017 or make a donation online.